Are there any examples of applications using 4G with mangoh Yellow not with Octave (if possible)?

what kind of application?
MQTT?
or you just want to start the modem data session like modemdemo sample? 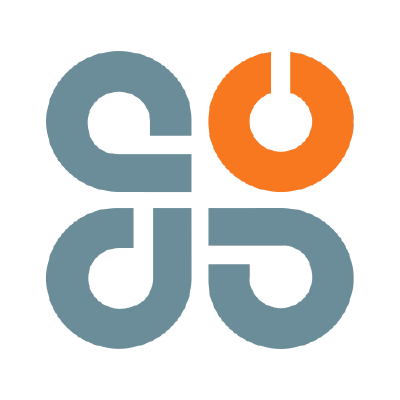 Legato Application Framework. Contribute to legatoproject/legato-af development by creating an account on GitHub.

Whao looks interesting… i would like to send messages and gps coordinates to another mangoh using 4g network. Is there a procedure to follow somewhere in order to start the 4g? Do you think mqtt could be interesting for this kind or app?

You are going to need a MQTT server between the two mangohs, which are clients. You could put a server such as mosquitto on a PC provided it has an IP address that the mangohs can get to. Or you could use the mosquitto public server at test.mosquitto.org .

You can also use simple tcp communication

The mangoh has the nc program which you can use to test tcp connectivity without writing any code.

One think to keep in mind is that to make a tcp connection between two mangohs over cellular the target mangoh has to have an IP address which is visible to the originator.

Great thanks for the advice. Are there any existing examples or projects?

i think you can search how to use “nc” easily in google.

If you want to implement in C program:

If I use tcp/ip should I add modem data control commands to transfer files other than SMS, as it is explained? In other words, is modem data control necessary to establish communication between 2 mangoh and send GPS coordinates or messages, if using tcp/ip?

You can use the cm command to establish data connection

Inside my code !? Or just from the terminal? I would like to edit ou code. I know cm command but just used that from terminal

Found it! Thanks. Forget my previous question

After reading the documentation, I araised 2 questions:

Sms can be applied to mangoh boards

Ok get it!
As I want to connect over LTE network, what is the IP address of my mangoh to use if I want to send messages using TCP/IP protocol.

Also, I cannot connect using this

Did you set the correct apn for your sim card?

it is defaultly set to iot.swir. Do I need to change for internet.sierrawireless.com as explained in pdf guide?

You can see here for more information

then it should use the physical sim card slot. What kind of SIM card are you using? How about download the clean official FW to it? https://source.sierrawireless.com/resources/airprime/software/wp77xx/wp77xx-firmware-release-12/#sthash.PaBls0vL.dpbs

Hi, i try to implement this c code on the mangoh to establish a tcp communication between my working environnment (laptop) and my mangoh. I did a tcp server app for the mangoh, and i tried to launch the tcpClient on my laptop where i specify “192.168.2.2” for the server ip adress. The server is listening on the mangoh, but i can’t connect to the openned socket from the laptop with the tcpClient (ofc i can ping 192.168.2.2 and there is no firewall). So i tried to implement a tcpClient app on the mangoh to communicate with the tcpServer app which already exist to test it, and it is still not working. I can’t see a reason wich explain this failure, do you have an idea ?

EDIT : finally, for the app tcpClient on the mangoh, it works when i specify “192.168.2.2” for the ip server adress on the client, but it doesn’t with “127.0.0.1”. I don’t understand because the socked is supposed to be binded with all the interfaces : i wrote “servaddr.sin_addr.s_addr = htonl(INADDR_ANY);” on the server side like the exemple. I still can’t establish the connection between my laptop and my mangoh.

I am not concerned by this issue but thanks.
Just need to understand : the mangoh yellow has an SIM integrated but if I want to connect to the LTE network I need to buy another SIM card from an operator or it is not necessary?